Years in the Congregation: 70

Sister Maria was baptized at Saint Casimir Church in Wells, Minnesota and was given the name Bernadette. Sister Maria enjoyed working with her father and siblings on their farm and helping her mother with canning and sewing. While she enjoyed all the activities of family and friends, she and her cousin Florence Schultz were secretly talking about and encouraging each other to become Sisters of the Resurrection.

After completing high school Sister Maria joined the Sisters of the Resurrection in August of 1950, four years after her older sister Therese (Sister Mary Paul). Sister Maria and her cousin Sister Mary Florence left Wells in August of 1950 and went straight to Harrison, New York to begin their formation as Sisters and to attend college at Fordham University. Sister Maria completed one year at Fordham, returned to Chicago for Novitiate, returned to Fordham for one more year of college and then completed her Bachelor of Science degree at DePaul University in Chicago.

From 1953 to 1987 Sister taught every grade from kindergarten to eighth grade, except for first and sixth grade. Her students loved her. She was an excellent teacher. She used a variety of teaching styles to keep her students interested. She taught at Saint Casimir, Queen of the Rosary, and seventeen years at Saint Thecla. The students and parishioners at Saint Thecla loved Sister Maria. She was friendly, compassionate and always cheerful. Students often referred to her as the “really nice Sister” who you can talk to and who will always help you get out of trouble.

In 1987 Sister Maria was transferred to the Provincial Home where she served for nine years as the Provincial Treasurer, ten years as a House Councilor and seven years managed the house accounts.

For years Sister Maria suffered with a congenital hip and had multiple surgeries. Because of the hip problems Sister underwent an amputation of her left leg in 1999. Although Sister suffered a lot with phantom pain the rest of her life, she never complained or felt sorry for herself. She was an inspiration to her sisters in community with her prayerfulness, her cheerfulness and her willingness to help wherever she could.

Sister Maria and her sister, Sister Mary Paul were gifted with artistic skills and together they always decorated the convent chapel, entrances and dining room for holidays and special occasions.

Sister Maria was deeply loved by her sisters in community. She will always be remembered as having a gentle, kind and humble spirit. She never had a negative word to say about anyone, she noticed when someone needed cheering up, and she never looked for recognition for the things she did. She did things purely out of love for God and for others.

Community prayer and community life were important values to Sister Maria and so living in quarantine at the Resurrection Life Center over the last nine months was a big sacrifice for Sister. Yet, she accepted this cross with her usual surrender to God’s Will and used the time to deepen her loving relationship with God.

After struggling with COVID19 and pneumonia, Sister Maria died on December 23, 2020. Because of this time of pandemic, there was no wake, and the funeral and burial were very simple. The Mass of Christian Burial was offered at Immaculate Conception Parish on Tuesday, December 29, 2020 followed by burial at Saint Adalbert Cemetery.

Sister Maria was a living example of what Saint Francis de Sales once said: “Nothing is so strong as gentleness…” 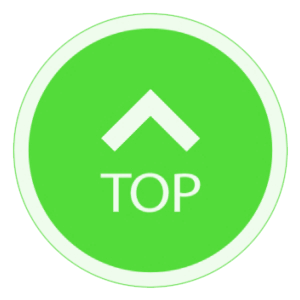